Blade Runner by Ridley Scott surely signed an epochal moment in the history of Cinema. Released on 1982, when sci-fi was E.T. , Blade Runner modernises the genre thanks to a high skilled idea, the novel by Philip K. Dick, Do Androids Dream of Electric Sheep? After more than thirty years, Blade Runner is coming back from the past. The sequel is directed by Denis Villeneuve, who succeeds with his absolutely not easy attempt to not betray the original one yet without being trapped by this. In this sequel too, one of the strongpoints of the movie is the photography. It is very cared and guarantees to the film a particularly intense technical performance, that is worth to discuss.
Before the premiere of Blade Runner 2049, the order has been “no spoiler, please”. Even though the movie is already around the world, we are going to respect anyway the silence. For, no explicit quotes from the movie, and just conceptual references to the scenes. On the contrary, no one hesitation about the original one. The directors of photography, respectively Jordan Cronenweth for Blade Runner , and Roger Deakins, for Blade Runner 2049 , basically started from similar projects, inspired by a poetics to the continuity. Nonetheless, their way of realization from same technics differ up to something unique.

Blade Runner is clearly a good mix between sci-fi and noir. Then, it is necessary insisting on the use of typical elements of the second one to understand how these affect the visual output. We refer to water, smog and colours.

Blade Runner is still unforgettable overall thanks to the famous principal scene, where Roy Batty/Rutger Hauer, at point of death, pronounces his epical monologue, under the rain. That image is the best mountpoint of our theory. The value of the water in Blade Runner is limited, i.e. Cronenweth uses water in order to obtain something spectacular, more than essential. The close up of Roy Batty gets not modified by the rain. The water does not add peculiar features to the photography. In fact, we can see a beautiful chiaroscuro, that effectively is very important in the story. Background is luminescent, it sharply outlines Roy’s profile. It is cut by a light that divides the face in two parts. The same light is, in reverse shot, over the face of Rick Deckard/Harrison Ford. But, his face is, on the contrary, surrounded by the dark. It is not matter for us explaining the real meaning of this choice, but its suggestion is clear enough. Water is something secondary, representing the visual mirror for the speech by a dying droid (All those moments will be lost in time, like tears in rain). In Blade Runner 2049 , the water, the rain, are instead significative ingredients. First of all, Deakins recalls the primordial assimilation between water and life, birth, maybe as counterbalance of Blade Runner . It has, then, an anthropological sense. And over again, the water is a powerful visual element: it deforms the shot, makes it dirty, opaque. Deakins installs fireworks, by means of the liquids, able to create emotionally intense scenes, at the same time full of concepts, underlining some elements on the screen and ignoring other ones.

Image by Ron Frazier, used with a Creative Commons Permission

Whatever is the appearance – fog, smog, cloud, steam – smog is the first characteristic, for sure as dissemination, in both of the movies. With regard to 1982 version, it was probably an absolute innovation, essential requirement in order to recreate an otherwise unconceivable atmosphere. Cronenweth had to be inspired by the large quantity of American noir movies between 40s and 60s – and obviously some port of French cinema. Dark and shadow everywhere, but overall smoke, that was willing up every scene by diabolical fogs. It is a technique with sure visual impact, but also a fictional tool to make suspense, make easy a dramatic turn of events, a collision. At the same time, it is useful to depict the afterwar world created by Philip Dick (a little different from that in the movie) in his novel Do Androids Dream of Electric Sheep? A world devastated, we know, by fine dusts those obfuscate mental and physical abilities of the men. Blade Runner 2049 adds new forms of expression to those already tested by Cronenweth. The dense fog surrounding the city gets used in agree with the lights, giving depth to the scenes and a psychedelic-colouration. About this, of course, Deakins is helped by the diffusion of the neon and led lights. In addition to the task of clouding, then, the smoke plays the role of heartfelt function, melancholic, poetic. As in the case of the water, the smoke becomes film over film, a filter, by which reality gets transformed, deformed, as well as the eyes can watch at.

All the part related to the colours is maybe the most interesting. The original Blade Runner was playing a lot on contrast, light and shadow. Probably, the idea was that of taking distance from the monochromic typical of the genre to which the cinematographic school accustomed us, in order to create a bi/multi-chromic world, with the goal of representing the fusion of two genres. Blade Runner 2049 is, either in this case, on a continuous line with respect to his predecessor. Nonetheless it provides to the photography an impressive quantity of colours, if we think of a sci-fi or a noir. From the ochre to a Blade Runner illiant green out of the city. And with ease we can appreciate the tenuous shade in same part of the city, alternating with the neon-purple of some holograms. Thanks, of course, to the CGI, whose Cronenweth could not make use. And we cannot mention the importance of some shot completely desaturated, except some particulars, in full colour. The light gets utilized with extreme knowledge in order to intensify, in combination with an exquisite sense of depth or a huge perspectival elaboration.

At the end, thirty years pass, inside the story, but also in the real world. Thirty years of technical progress, at the service of the art. And we are aware of this.

After graduating in Modern Literature and working some time in Theatre I decided to dedicate myself to my passion: Cinema. I worked in a Movie Archive in Spain, earned a Master’s degree on Cinema & Language in Richmond US and participated there as cameraman at the French Film Festival. Right now I am living again in my home country Italy, where I keep developing interconnections between Literature and Cinema. 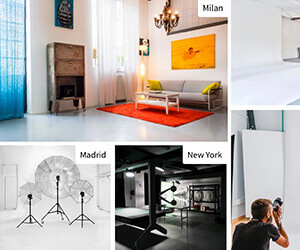